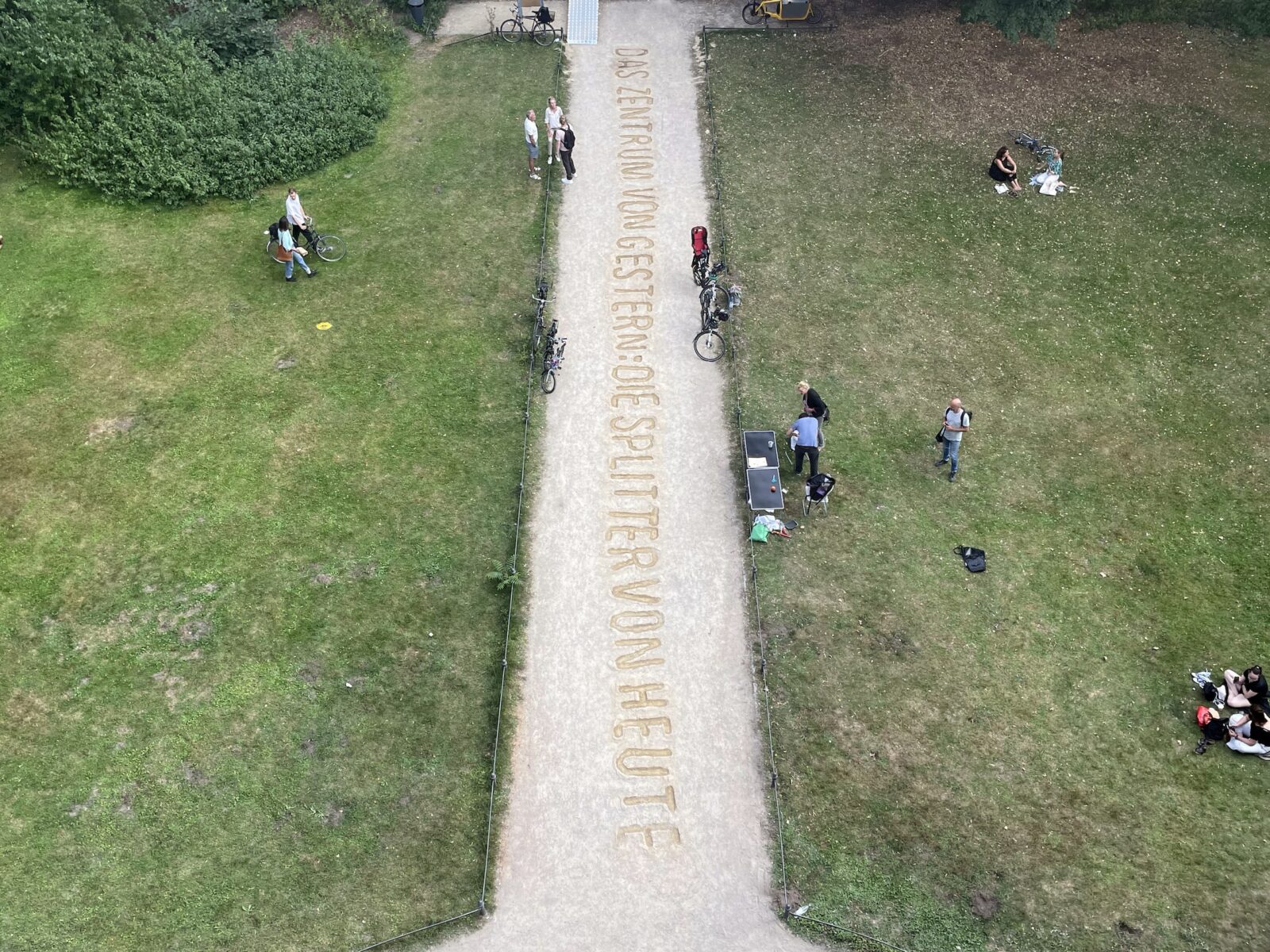 Why is the Bismarck monument being renovated and not torn down? At the same time, why are there public funds and permissions that allow art collectives to cover the monument with paper and paint before it is being restored? As artists coming from regions which have experienced coloniality, where do we stand in this conundrum?

All foundational transformations take time and while they reach their next step, they are exposed to several contradictions, old discourses dialoguing with current ones in the same space and time. Such dialogues trigger all types of reactions of encouragement and discouragement from a polarized public.

Our task, as artists coming from regions which have experienced coloniality, requires the acknowledgement of a diversity of layers. If initially we aimed at mediating between two polarized sides, to generate a common ground and to discuss what brings us together and what splits us apart, through the feedback of our team we have come to understand that before mediation there has to be accountability, and that if we don’t refer critically to the German colonial history when we have the chance to intervene the path that leads to the monument of he who hosted and co-initiated the Congo Conference (1884-1885) partitioning territories and communities in the African continent, we are being complicit with an hegemonic center.

Das Zentrum von gestern, die Splitter von heute is carved in the path leading to the Nationaldenkmal Otto von Bismarck as a message that is manifested by the ground, a structural crack, a wound, and hole to be filled up and updated. By digging into the path that leads to the monument, the message works as a counter-verticality that seeks to shake the ground and deepen in the reflection of the connotations and values that are monumentalized and conserved by the monument.

Das Zentrum von gestern, die Splitter von heute describes an outdated center that has been built at the cost of fragmentation, historical fractures that keep on breaking apart people and territories today. The ‘Center’ refers to Bismarck’s colonial military regime and the centralization of information and historization, a centralized hegemonic power based upon certain values and principles established more than a century ago, but also to a center that manifests in our systems of values and hierarchies of today: a center which privileges certain lifes, worldviews and territories upon others. And yet when the monument is fragmented by the passage of time, it is restored for further conservation.

Special thanks to the support of Anna Jäger. 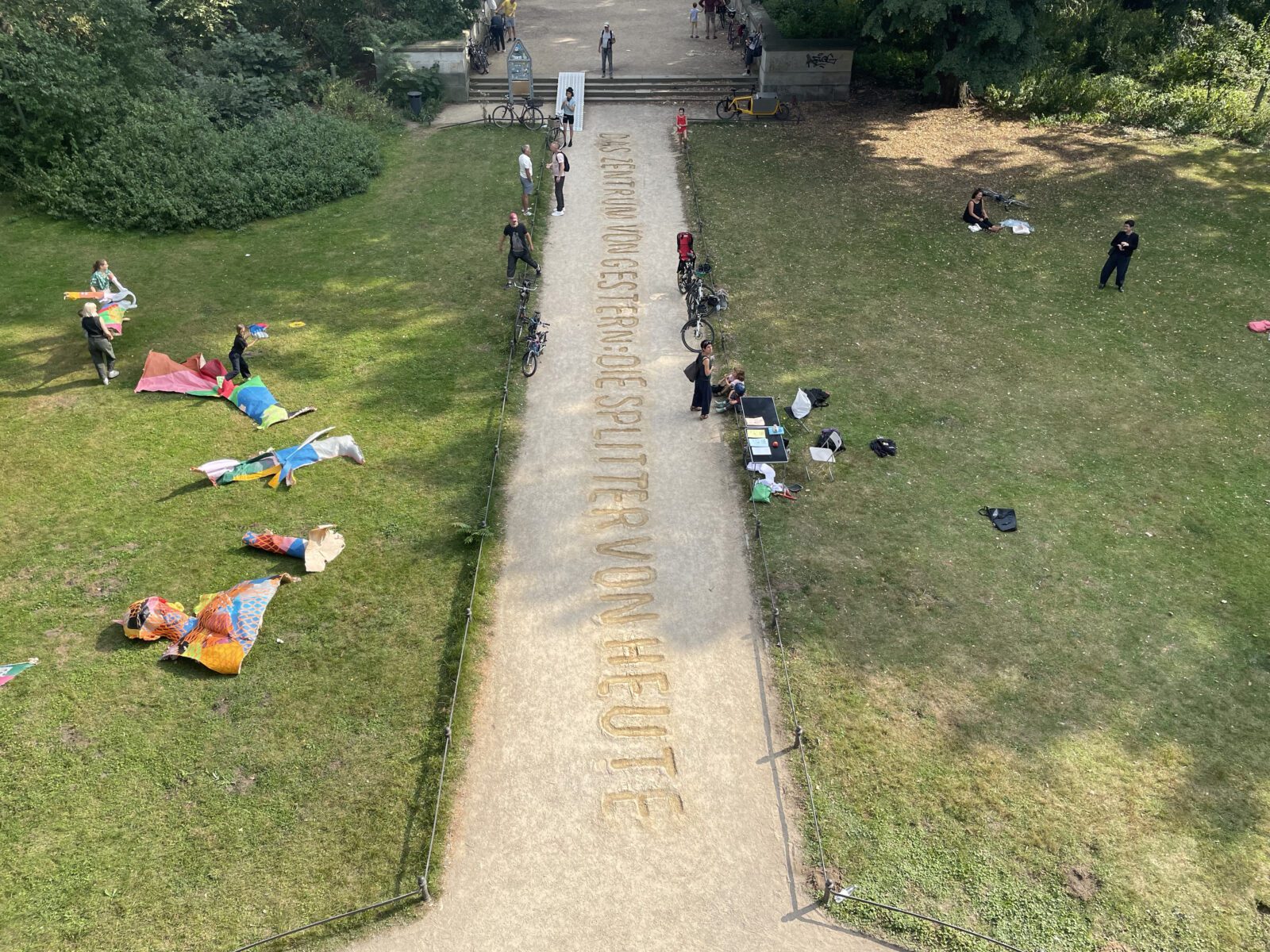 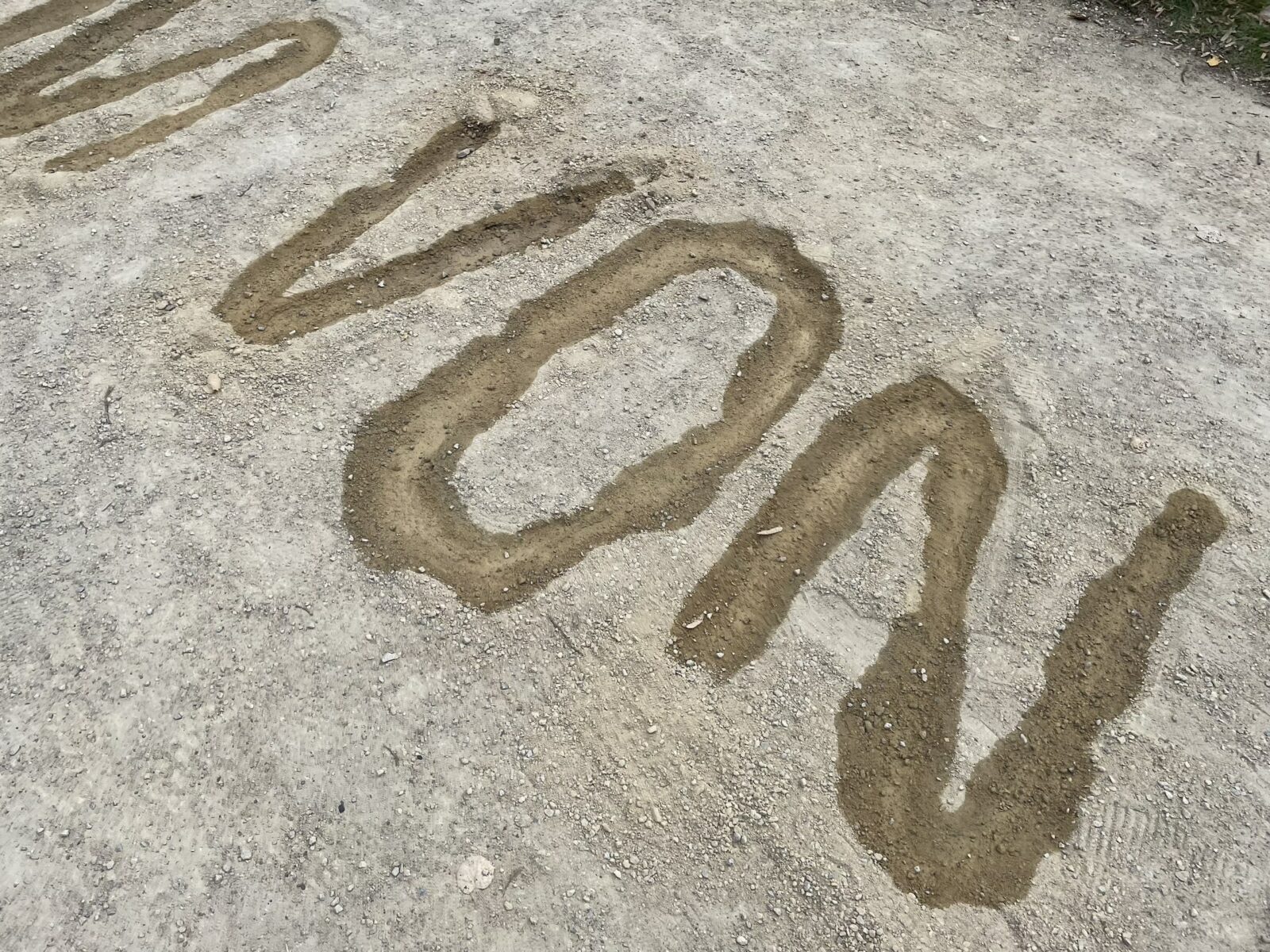 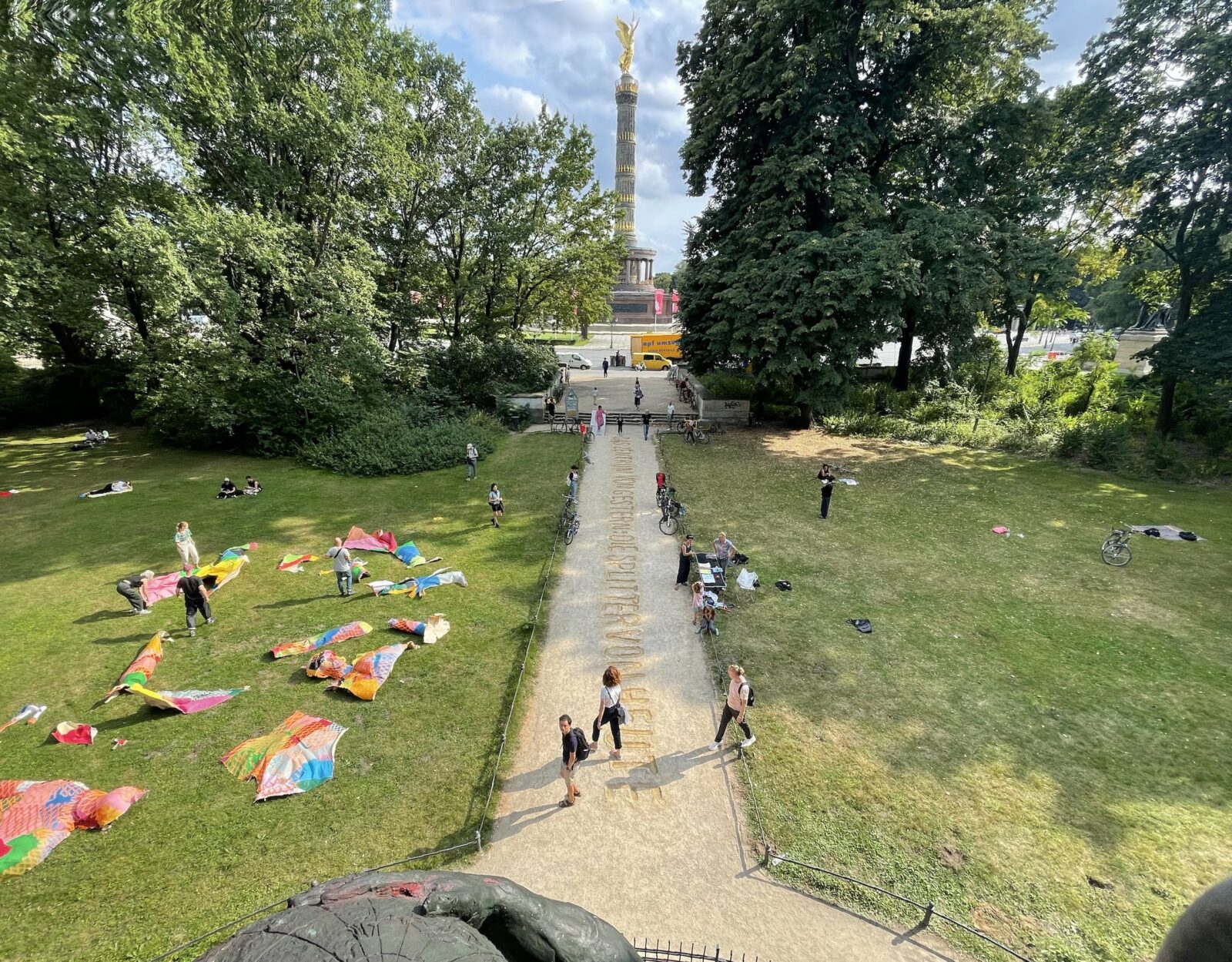 I am Daniela Medina Poch (she / her) born and raised in Bogotá, Colombia, residing in Berlin, Germany; I am a visual artist and researcher. As a hybrid practitioner, I develop site-specific artistic interventions, write texts, and conduct long-term research processes. By observing the everyday entanglements between language, identities, and territories, my research aims to deconstruct hegemonic discourses and categories that maintain asymmetrical power relations. I am co-founder of Babel Media Art, a platform for contemporary art on the façade of the Colpatria Tower in Bogota, and am currently part of the Art in Context master’s program at the Berlin University of the Arts, the CO-RE collective, and the Neue Auftraggeber Network.
https://www.danielamedinapoch.com/

I’m Juan Pablo García Sossa (*Bogotá, COL) a Designer, Researcher and Artist fascinated by the clash between emerging technologies and grass-root popular culture in tropical territories. My practice explores the development of cultures, visions, realities and worlds through the remix and reappropriation of technologies from a Tropikós perspective (Tropics as Region and Mindset). JPGS has been part of diverse research institutions and design studios and currently is a design research member at SAVVY Contemporary The Laboratory of Form-Ideas’ Design Department in Berlin and Co-Director of Estación Terrena, a space for Arts, Research and Technologies in Bogotá. JPGS is a 2020 Rapid Response for a Better Digital Future Fellow at EYEBEAM.
https://puntojpgs.com/